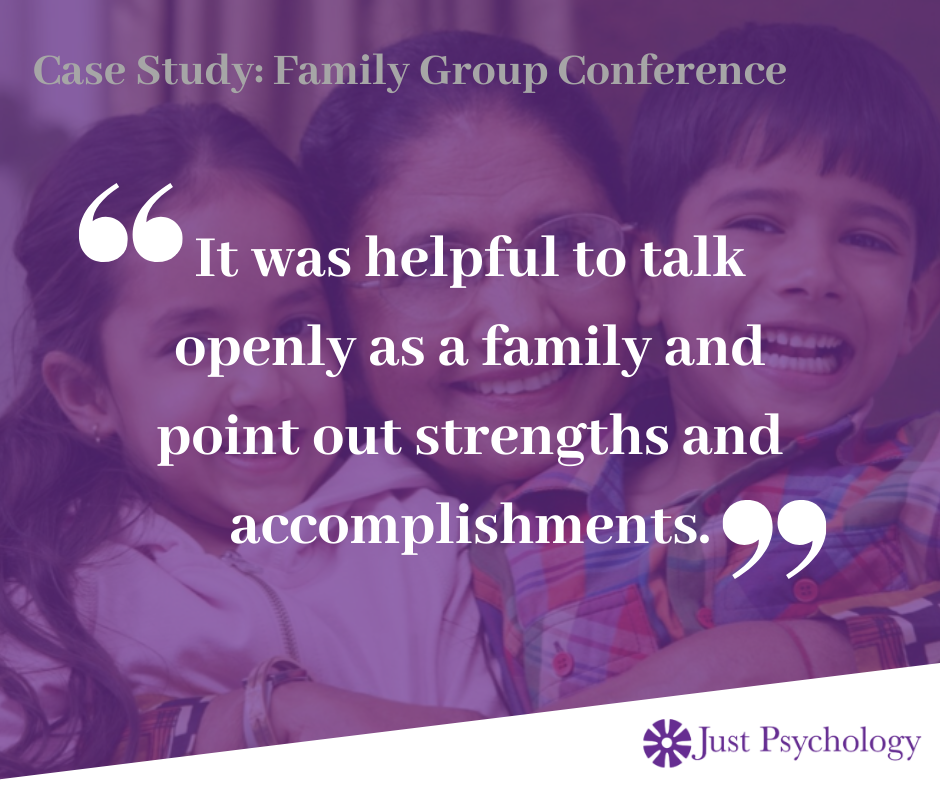 A White British family was referred with three children being cared for by maternal grandmother due to father’s history of threatening behaviour, domestic violence and alcohol misuse.  Father had returned home following release from prison and there were concerns that the children could not return home whilst he lived there.  Care proceedings were being considered in order to achieve permanence for the children.

Following referral, he moved out of the family home.  The children returned to live with their mother and contact with father was supervised by maternal grandmother.

The FGC meant that the family was able to identify resources within the wider family network to support father and mother, and for mother to gradually take over supervision of contact. Maternal grandmother and aunt explored and resolved some of the their feelings about father and the whole family agreed to work together with Children’s Services with a view to father returning to the family when the time was right.

After the FGC and the plan had been agreed, one of our team who had not been involved met individually with the family members to evaluate their experiences.

They all either agreed or strongly agreed that they had been given sufficient information about the FGC process, had understood what would happen, and that it had focussed on important issues.  They also felt that private family time had been helpful and they had been listened to. They were all happy with the outcomes and would recommend the FGC service to other families.

“It was helpful to talk openly as a family and point out strengths and accomplishments.”

Contact us Got a question? Get in touch with our team.
Services We provide therapy, training, expert witness and other services.
About Us Read more about our approach, mission and dedicated team.
Just Psychology is a Community Interest Company registered in England and Wales. Company Registration Number 9952509. Cornbrook Centre, 70 Quenby Street, M15 4HW.
Log in | Powered by White Fuse